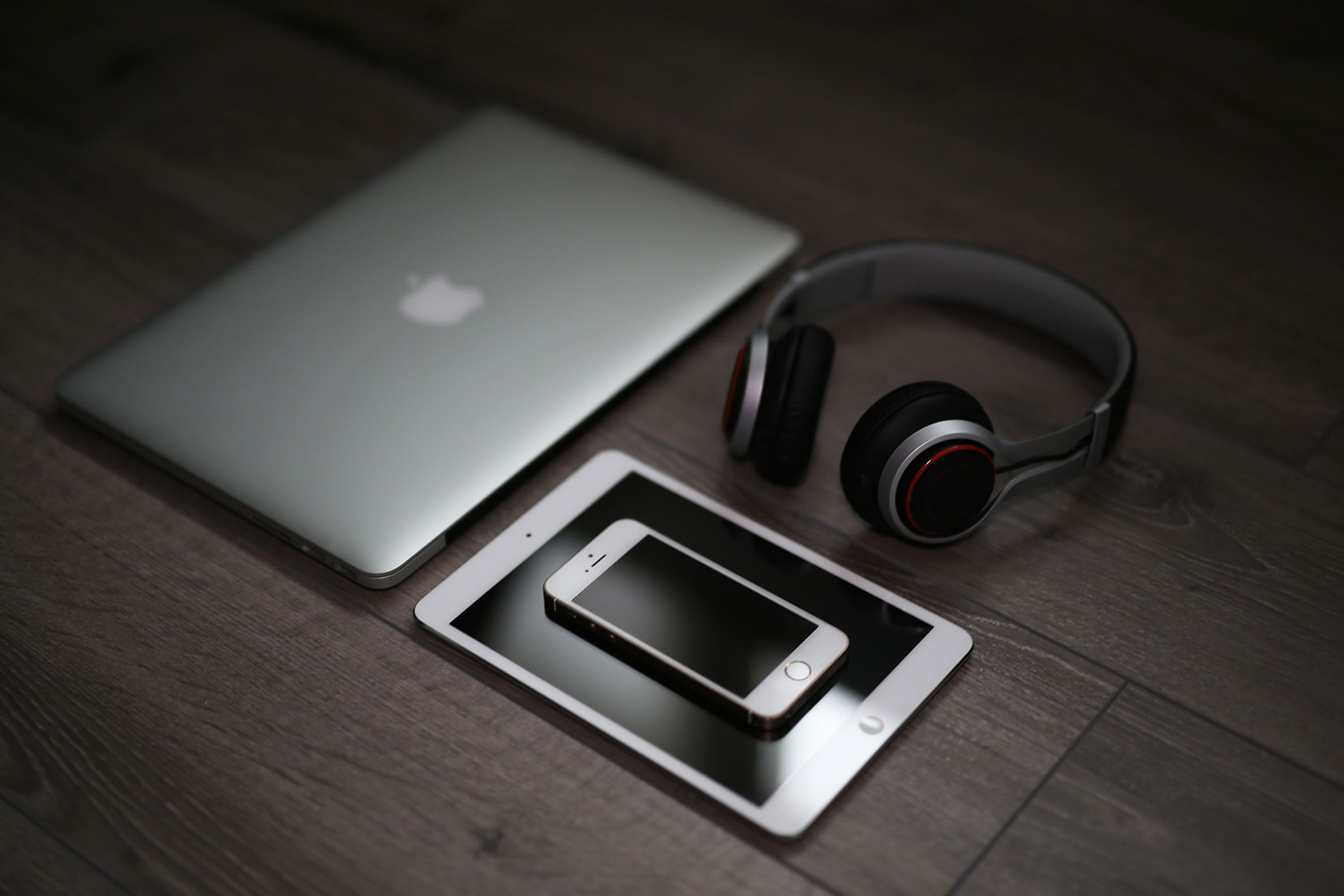 In early 2018, I was asked by an industry association to chair its annual flagship conference and to co-chair another industry forum in Iskandar Puteri, Johor. As the organizing team and I sat down to deliberate on a theme, we discussed at length the wide variation in how aggressively organizations are embracing the digital age. It became apparent that whilst early adopters have been swift to build-up talent bases and explore disruptive opportunities, many more organizations are just beginning to conduct small-scale experiments or simply paralyzed by fear.

In the past, technology played a supportive role in the business and industrial worlds. These days, humans are fast playing that supportive role as disruptive technologies like automation have turned the tables. We are well into the Third Industrial Revolution where industrial and business processes are less manpower-intensive and more tech-centric. In recent times, automation has become inevitable for successful companies because advancements in technology are fast making non-automated systems liabilities. As such, companies now employ automation technology in different departments: HR, IT, Operations, Sales, Finance, Legal and Marketing. Various tasks, ranging from stocking shelves to basic bookkeeping, research and the simplest of “HR” duties, can all be easily automated.

Indeed, the automation of physical effort, workflows and other processes is an unstoppable development that cuts across geographical regions and industry. It could be likened to a wave that you either ride or get knocked over by.

It is a given that automation will help companies to thrive in this digital age. CA Technologies and the EMA (Enterprise Management Associates) released a report in the last quarter of 2018 which suggests that automation is fast becoming the core of many industrial and business processes. According to the report, automated businesses recorded increased productivity and revenue.

Yet, a large number of enterprises are yet to exploit its potential. Probably because of the costs involved. Then there is also the narrative that automation will displace humans, rendering them redundant and unemployable. Both positions are valid. Automation involves risks. Since it doesn’t guarantee 100% success, companies may not recoup their investments in automation technologies. And a lot of automated jobs may lead to downsizing; automation is a risk worth taking now.

In September 2018, Mckinsey & Company conducted a global survey where, more than half of the largecompany respondents reported that automation enhanced their operations by increasing efficiency and reducing operational costs.

This suggests that although the initial cost implementing automation technologies may be high, in the long run it becomes cost effective. And while automation may upend business models and lead to some downsizing, it can reinvent workplace dynamics. Employing machines and electronic software to execute menial, redundant tasks, increases efficiency as it allows the staff to focus on those activities that require soft skills while saving time, costs and effort. Automation also reduces the errors associated with manual processes which when coupled with increased efficiency and reduction in costs can result in the company surpassing hitherto known levels of productivity and revenue generation.

Little wonder, companies like Yotel, Spread, Amazon and Quiet Logistics (amongst others) who have embraced disruptive technology as the new normal, and successfully incorporated automation into their business processes, are leaders in their niches.

Companies that avoid or postpone automation in favour of non-automated systems stand the risks of being outpaced and left behind by those that take the risks and embrace automation.

Digitalization has revolutionised the corporate world and the way businesses are run. In his 2019 annual lecture on blockchain, Ethereum and decentralization, Andrew Keys claimed that transformative developments in technology, economics and geopolitics are aligning to initiate what is known as the Fourth Industrial Revolution. This phase of human evolution is characterised by an amalgam of technologies that engages the physical, digital and probably biological spheres of man’s existence.

Automated businesses will boast of enhanced processes that will make their operations free from the complexities and challenges that bedevilled them in the past. Advancements like intelligent automation will improve the synergy between man and machine, resulting in the opening of new vistas and markets. Soon, old business models and systems will have to adapt or change completely in order to align with the changes in the corporate landscape.

Yet all of these will not be possible without the human factor. In almost all spheres of existence, cultural change is central to transformation. This phenomenon also applies to the corporate world. As more companies gradually embrace the idea of automated processes, people will have to put at the centre of the transformation drive. This is because businesses are actually owned and run by people, so despite the gains of automation and the need to ride the waves of disruptive technology, without putting people, their culture and their idiosyncrasies into consideration, a company’s attempt at digital transformation may not be successful.

A cultural shift is central to adopting and implementing automation or any other disruptive technology. By this we mean a paradigmatic shift from the way things used to be done; one which aligns with the new realities that attends the digital age. Although corporate culture is key as it involves an organizational change in perception and mode of operation, cultural change at the individual level is just as important. Humans will be the ones to implement these changes. Their willingness to change is also important to the transformation drive.

New ways of doing things represent a threat to older, more comfortable ways. Hence an approach that factors the need to change for both staff and clients is imperative. In as much as automation is the future, it is most likely to be successful when people are at the heart of its incorporation.

Taking the Leap: Capturing the Power of Digitalization

Larger firms have the advantage of a significant pool of resources which enables them to drive their operations. However, thanks to strengths of automation technology start-ups are able to execute and scale up business operations with minimal resources. Start-ups are able to scale up and offer competition since they can establish industry standards, save time and increase efficiency while optimising human capital. Thus, automation helps them to thrive as it enables them to do more with less.

With the imminent changes in the corporate landscape, newer vistas will be opened. Start-ups are at an advantage since they are able to adjust to change faster than larger firms mostly due to the bureaucratic bottlenecks that abound in large companies. The changes in the landscape will open doors to more tech-centric tasks and less manpower-intensive tasks. Digital skills and other soft skills which cannot be automated will be in high demand. As people’s roles gradually evolve from the menial to the mental, start-ups which are able to leverage on disruptive technologies will be better positioned to make the most of what the future holds.

Industry 4.0 focuses on digitalizing the economy and society via a transcending of limits and the subsequent cross-sectional dissemination of information and knowledge. In the immediate future, digitalization will further breach barriers and boundaries until the point when there is an interface of the cyberspace and the real world.

This seamlessness will result in a state where there is such an abundance of data that human mental processes will be so grossly inadequate that Artificial Intelligence (A.I) will have an elevated status in the scheme of things. A lot of processes in business, technology and the social space will be run by A.I. That is the future of mankind. Some experts call this phase of man’s evolution the Fifth Industrial Revolution. Others who believe it originated in Japan call it Society 5.0.

Society 5.0 has been defined as a human-centred society that balances economic advancements with the resolution of social problems by a system that highly integrates cyberspace and physical space. Regardless of its nomenclature, mankind will live in a super smart society where objects in the real world will be enhanced by and combined with information, resulting in what is known as Cyber Physical Systems (CPS).

This nexus of increased computing power, myriad data and the potential for higher levels of analysis which A.I possesses will change the dynamics of technology, business and indeed all ramifications of human existence. At this point, automation will be imperative as it will be the only means to stay afloat in an ocean of disruptive technologies.

The Future is Now

Some manual processes are indispensable. This is probably the reason for the variation in the adoption and leveraging of automation by organizations across industries. A lot of organizations still haven’t fully appreciated the potential of automation, regardless of the glaring testimonials that abound.

How late can it get for the non-automated organization? I suppose the truth is that it is never too late. But I believe organizations should not procrastinate to join the automation train, else risk being outpaced and left behind.

Technology is so fast paced these days that it’s scary and cutting-edge technologies are so quickly supplanted by improved versions that it is difficult to stay in line with the current trends. What was cutting edge a while ago becomes out-dated quite quickly. It is therefore imperative for organizations to focus on the outcomes they desire as they join the automation journey, rather than on the outputs from technology. This way it can be managed realistically and more effectively.